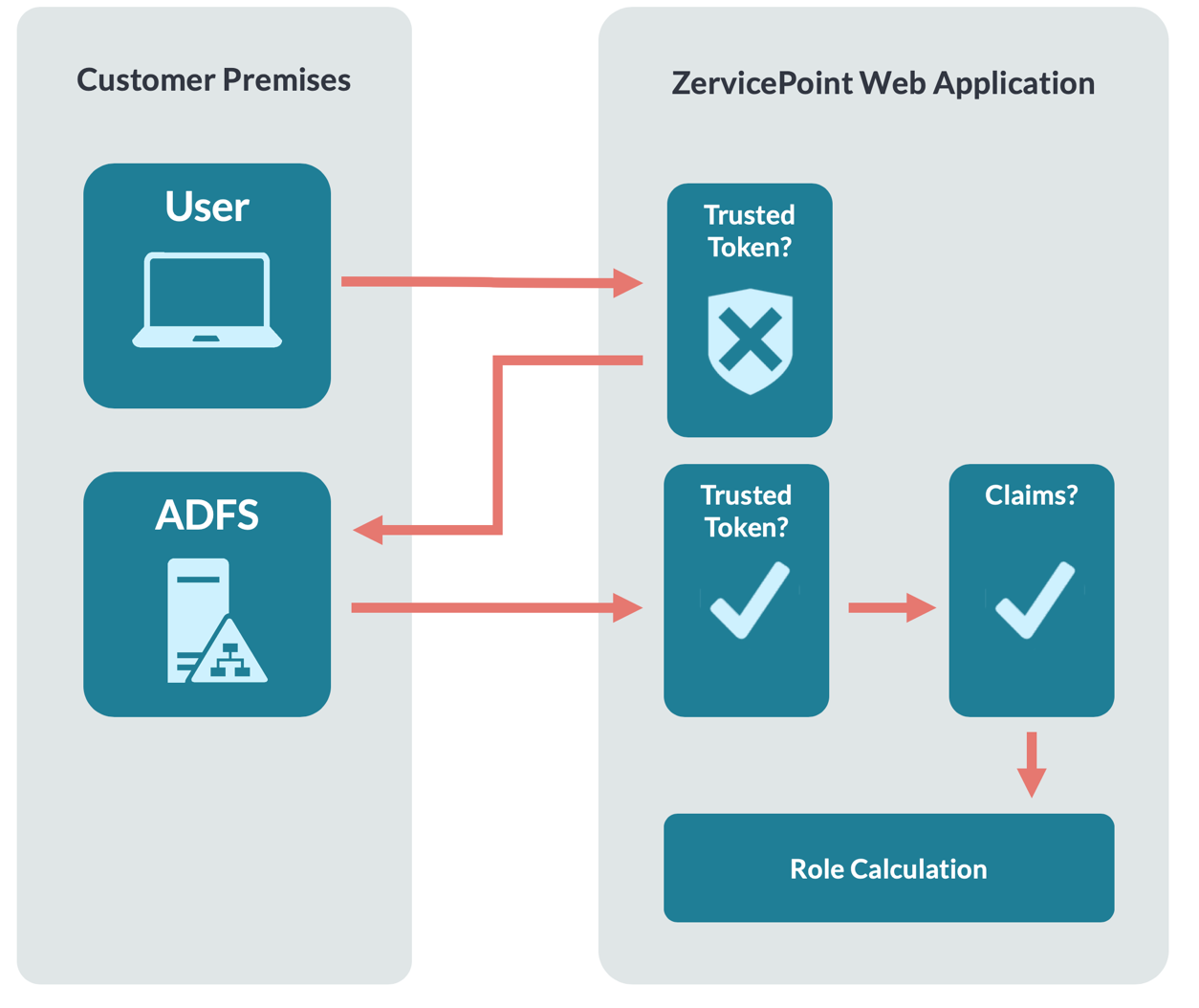 Zervicepoint utilizes a role-based system for granting access to different parts of the system and for delegation of functionality. Roles are administered from within the administration portal. Membership in a role is controlled either through direct membership or by evaluation of a rule. A rule is a logical expression written in JavaScript that operates on user assertions (claims).