The service version functionality was introduced in Zervicepoint release 1.19 and it consists of two parts, draft and version handling. It has also been enhanced in release 1.23 as comments to versions was added.

Depending on what type of changes that are performed to a service you can either choose to publish the service directly or you have the option to save the work as draft. Draft means that a new temporary version of the service is created in parallel to the published version. As long as you are working with the draft version the published version will not be impacted at all.

Highlighting of draft in admin web

A sandbox for testing before publishing

Draft creates a sandbox in which you have the possibility to work freely with changes to the new, or already existing, service. The changes will not be exposed to the end-users, but will only be visible users with the right permission. By saving the changes you do in the draft version you can view and test the affect of your changes and make sure everyting works as expected before you publish it.

Testing of the draft service is done by entering the service in user web and enter the the draft version by clicking the link "Show draft" (only visible to administrators of the service). You can from here start the process and thereby verify that it is working as expected and that the layout of forms are looking as expected. If not, you can do additional changes to the service until you are happy with it.

Once you are finished with the draft version you choose the option Save&Publish. Doing so will publish the draft to the end-users with access to it and a new version of the service is created.

In Zervicepoint a new version of a service is created once changes are done and they are Saved & Published. These versions are saved in the service version list. In the list you will also find a draft if it exists. All published versions will be stored in the database and you can at any time revert to another version of the same service. This is simply done by going into the service and go to the tab Catalog info in which you will find a service version list. Click "edit" on the version you want to change to. 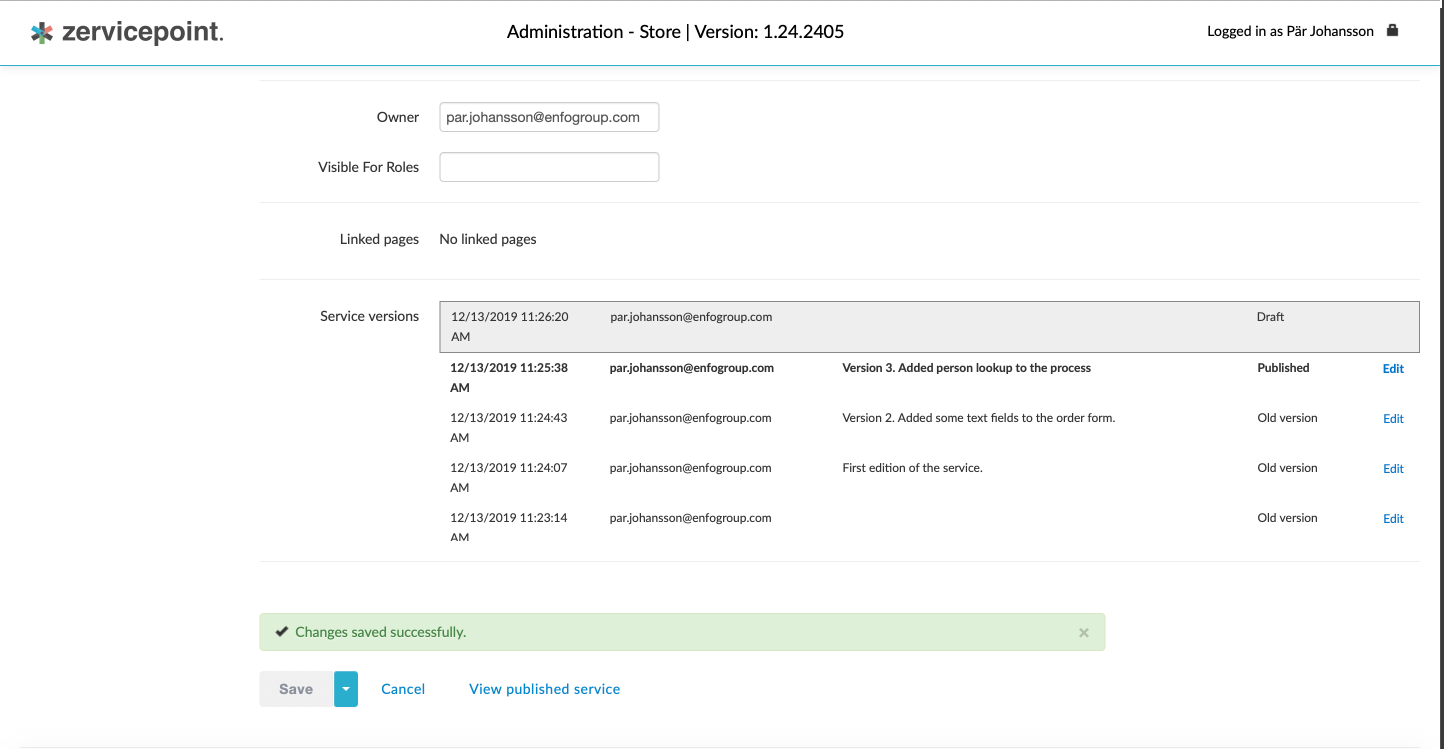