Zervicepoint consists of a number of components which work together, they can all be deployed to the same server or be distributed on multiple servers.

These are the main components that make up a Zervicepoint installation. All are seperate components that are deployed through a bundled installer. This means that you can to install individual components on multiple nodes to support high-availability scenarios.

ProcessSystem does not support high-availability scenario, and should instead be setup as a clustered service through Windows Failover Clustering.

This is a simple setup for smaller deployments or "proof of concept" deployments.

The following components are installed on the same server.

For "proof of concept" deployments, the Microsoft SQL Server can be installed locally. 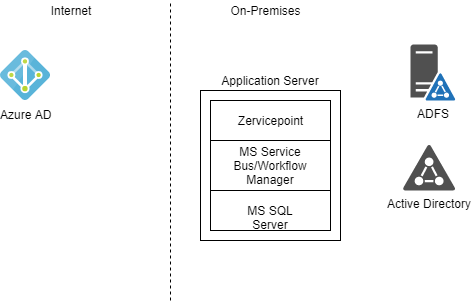 Depending on your environment, you may need to open traffic for 20000 (AdminWeb) and 8443 (ClientWebService)

For on premise deployoment where high availability is important.

The following components should be installed on seperate servers:

ProcessSystemService can't be run on multiple nodes on the same time, so should instead be setup in a failover cluster.

WebServer1+2 and WorkerServer1+2 can be collocated, but recommended to be seperated with there is a lot of ClientWebService requests. 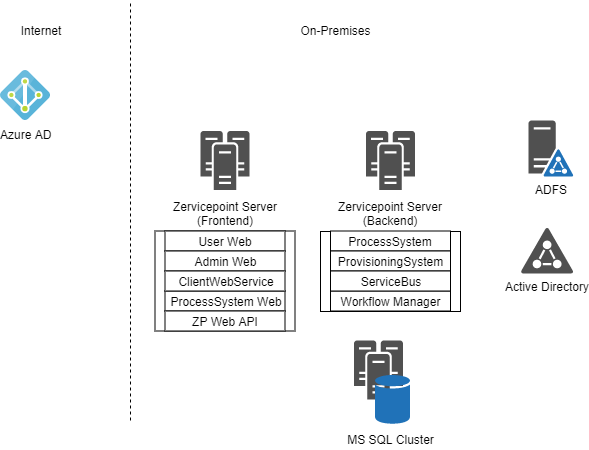 Zervicepoint supports multiple stores in one central installation. Each store has a unique URL and federation settings. Multi-tenant setup reduces the amount of time required to onboard a new customer to Zervicepoint and reduces the maintenance effort. Customers share the central parts of Zervicepoint. The information is logically seperated between the different stores. 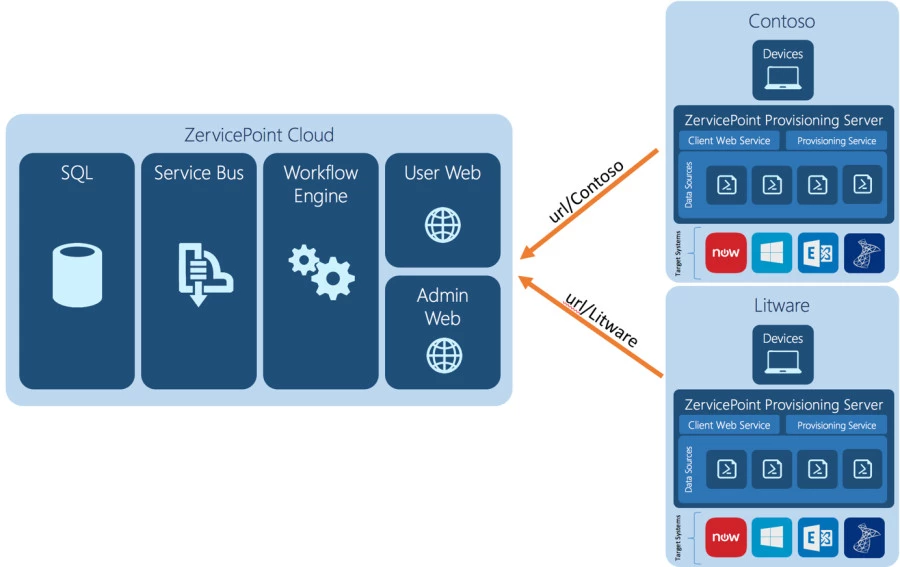 For a Multi-Tenant scenario, you would want a high-availability environment, but for "proof of concept"/test server you can still collocate components.

You can either use a single service account for all services, or split them.